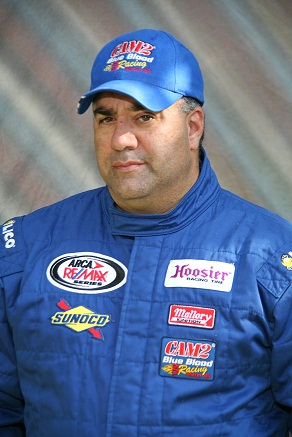 Mike Senica, first sat behind the wheel of a racecar in 1991 and has been involved with the professional auto racing circuit for 20 years. His direct involvement started when Mike was a senior in college in Daytona Beach, Florida and obtained his SCCA regional license where he competed in local races throughout central Florida.

In 1994, Mike became involved with Indycar racing, by assisting CART/Indycar Driver, Dennis Vitolo of Fort Lauderdale,Florida. Mike contacted journeyman driver Vitolo after the 1994 Indianapolis 500 in turn Vitolo took Senica under his wing and educated Mike about the logistics of sports marketing and promotions. Mike started his own sports marketing company, Motorsport Concepts in 1995 and has been working diligently for the past twenty years to obtain corporate sponsorship for his racing efforts.

Mike began to assist other drivers with their marketing programs for their respective sponsors. “I was involved from running corporate days to driver appearances”, Senica said. It was all a part of his plan to run in bigger races down the road. Senica has been competing in the ARCA Racing Series for the past five years and drove for several teams before being introduced to John Stange in 2014

Senica is now poised to run a full NASCAR K&N Series along with select ARCA Racing events in 2016 with Team Stange Racing. Mike has a strict weight training regiment, as he works out 5 days a week. “Working out is a way of life for me as it keeps my stamina going to compete in these rigorous races throughout the year.” Some fun fact about Senica is that he is a Professional Wrestler and Commercial Pilot. You can follow Mike Senica’s progress on social media Twitter account @MSENICARACING and Mike Senica Motorsports on Facebook.

For any inquiries, e-mail Mike at motorsportconcepts03@yahoo.com